In a new development, Soundcloud has recently become the first music company to introduce ‘fan-powered royalties’ – a move welcomed by much of the music industry. The distribution service is set to help smaller, independent artists earn more revenue starting from April 1st.

Popular streaming services have long been criticised by musicians and fans alike for their lack of earnings for artists – with an ongoing legal UK parliament investigation and the #BrokenRecord campaign in protest of better pay for streaming artists.

“Music streaming in the UK brings in more than £1 billion in revenue with 114 billion music streams in the last year, however artists can be paid as little as 13% of the income generated.”

Currently, Soundcloud, Apple Music, Deezer, Tidal and Spotify use the pay-per-stream system, meaning that instead of your £9.99 monthly subscription going to the artists you’re listening to – the more prominent artists with the most amount of streams earn the most money. 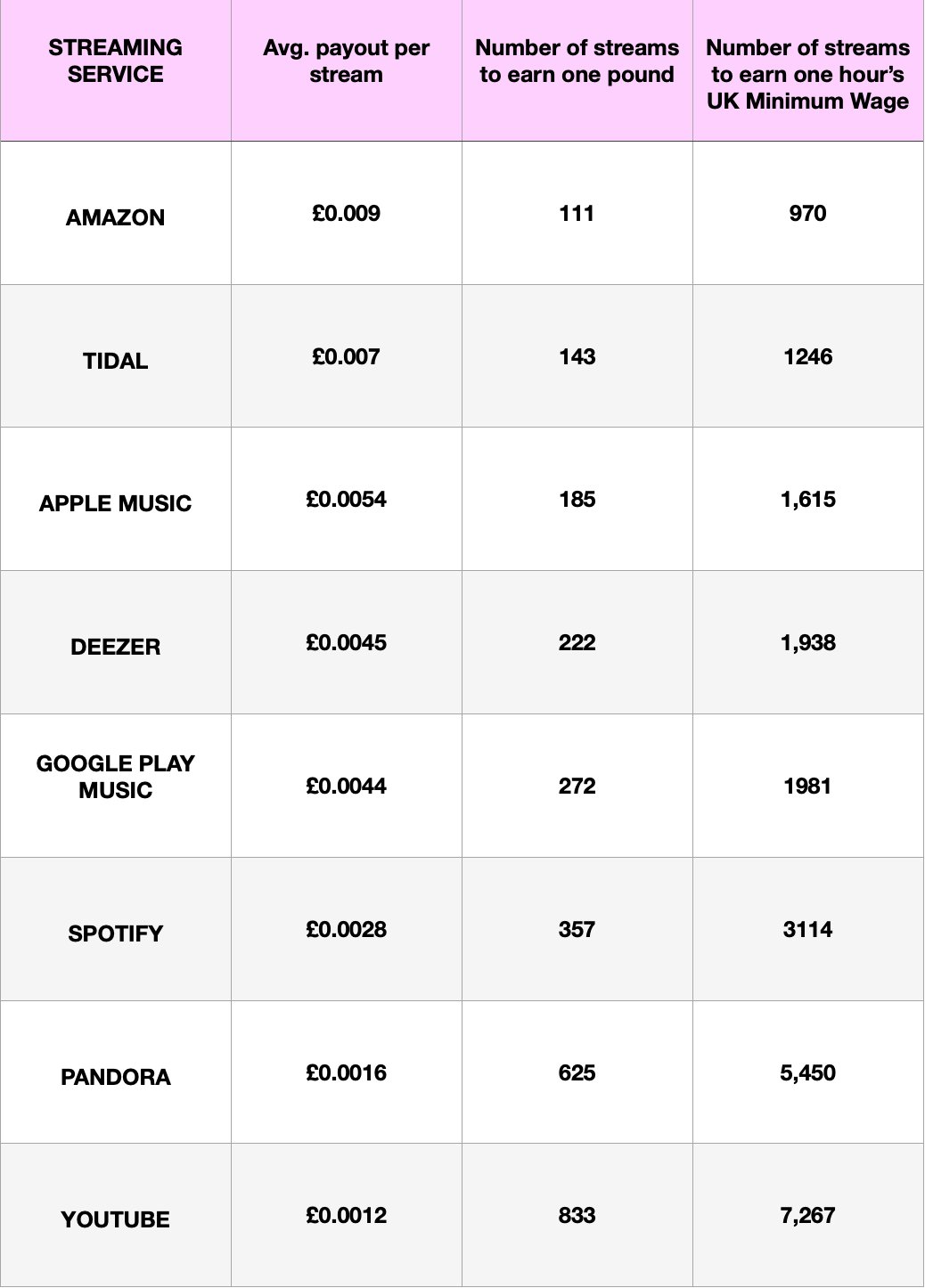 Think of it as your pay going down if your competitors do particularly well one month. Similarly, it can be particularly difficult for niche and independent artists to earn revenue, with the pay-per-stream service severely disproportionate.

Under the current pay-per-stream model, money from fan’s subscriptions goes into a “giant pool that’s paid out to artists based on their share of total streams” (meaning that the platform’s leading artists will earn the majority of those earnings, even if you’re not listening to them). Artists are currently incentivised to accumulate streams – rather than fans per month. A catchy melody on repeat would generate more revenue than a longer, less repeatable song – even if the same amount of fans listen per month.

Similarly, playlists and albums featured on the homepage have a significant amount of power in raising the profile of particular artists and songs. For example, if a song is added to the ‘Songs to sing in the shower’ playlist, with 5,920,846 monthly listeners on Spotify, all songs included significantly raise the number of streams.

Instead, using fan-powered royalties ensures musicians are paid based on their fan’s listening habits, with the Soundcloud press release stating ”the more fans listen on SoundCloud, and listen to your music, the more you get paid.” This new system “helps smaller artists compete with superstars” – with listener’s subscription revenue going directly to the artists they listen to.

This system is set to benefit independent artists (artists not signed to the ‘big three’ leading labels- Sony, Universal and Warner). Soundcloud estimates it should impact roughly 100,000 artists.

In their press release, they list an example where artists can make x5 more than the current system. However, this is not without its limitations as Soundcloud takes a 45% cut of streaming royalties – higher than Spotify and Apple Music’s 30%. Similarly, this roll out will not benefit every artist – only those enrolled in SoundCloud Premier, Repost, and Repost Select – only representing approximately 20% of musicians on SoundCloud.

It is however, a giant leap forward for the industry, and it will be interesting to see if other music streaming sites follow suit.

CEO and Founder of Spotify, Davic Ek, has previously dismissed user-centric streaming, stating that net profit would be lower for artists.