Take a closer look at the team behind the party

It’s been quite the journey so far for London’s ever-growing brand 33, despite having spent only three years in the game. During the past 36 months, their infectious parties have taken them to some of the UK’s top venues and further afield with stints in Budapest, Malta and Ibiza.

A key ingredient for the brand’s success has been their tight-knit family formula, which runs through the veins of their residents, behind the scenes crew and of course, their loyal fan base. Hot off the plane from their season in Ibiza, we sat down with the team behind 33 and their high-flying residents to chat about recent milestones, exciting plans on the horizon and most importantly, who the best dancer is in Late Replies…

You’ve been pushing your sound lately, with releases on big labels such as Resonance Records and Stereo Productions. What’s been the winning formula for your recent productions?

Kastro – I’d say it’s being in the studio, every single day. Some days only a couple of hours, others we’re there all day and night, but its every day. We also listen to a lot of music, and we know what we want to play as DJs, so we know the sound that we want to make.

Josh – We focus a lot on our drums. The type of music we make – some people would call them rollers and there tends to be a lot of percussion, so the drums have to be tight and on point. We’ll make sure they sound bang on before moving to anything else. Everything is just a vibe after that really, like catching on to what we’ve made and finding a vocal to suit and give the song its identity with a certain aspect so that it stands out.

You’re both often seen full of energy behind the decks throwing some wild shapes, but who’s the better dancer?

Kastro – I put my hands up, Josh is the better dancer, but I’m like the dad, you know?  He’s my son so I just let him fool around. I just fist pump, like the old timers! 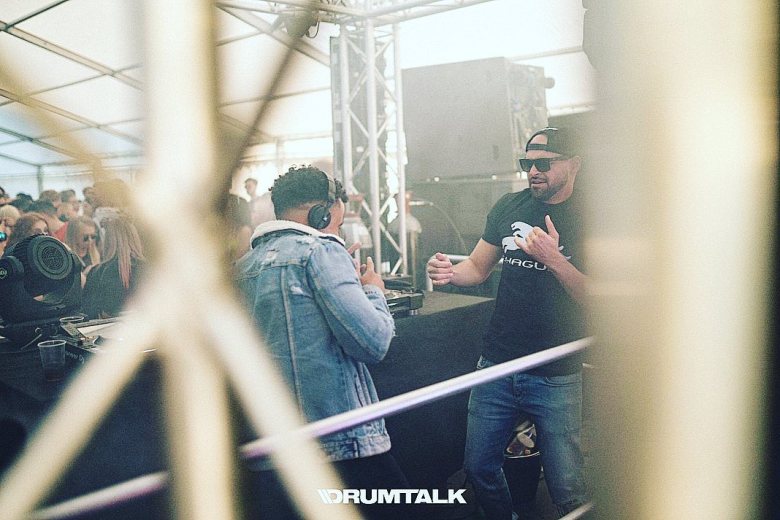 Congrats on your recent show at Hi Ibiza this year – a huge milestone. Talk us through how you prepared yourself for playing at one of Ibiza’s biggest stages, did you plan it any differently to your other sets?

Thank you! I did plan this one slightly differently, yes. I was playing in wild corner which is well known for its uplifting party music, so I left the deeper stuff out of this one and played a more house focussed set, which is often how I play anyway. And, of course, I finished with some old school garage at the end. It was a great experience!

We’ve seen you swapping the CDJs for turntables on occasion. Do you think we should see more of this in clubs?

I’d like to see more of it as I find listening to sets played on vinyl that I often discover more music, as you’re likely to hear white label and vinyl only records that you wouldn’t normally hear. On the other hand though, it doesn’t really matter that much how the music is played – good music is good music!

Following a strong year for you both with performances at ABODE, LoveJuice and of course 33, you recently made another big move by launching your own night at Basing House in Shoreditch. What was the motivation behind this?

Kwame – We absolutely love playing for all of those brands, all such different but massive platforms to get our sound out there to new people. Especially with ABODE and LoveJuice as where we usually play more underground sounds it’s nice to play some more vocal stuff now and again.

The idea behind our own party was the fact that we wanted to create something in London which really focused on the DJ, more of a showcase where it’s just 2 or 3 DJs on the lineup. So we did Karter & Reece then ourselves both extended sets, which showed a lot of people what we’re really about and that we’re not just one sound; we can do it all.

You’re partial to dropping an old school curveball track in your sets, with the reaction from the crowd always paying off. If you could go back to a particular time in music when would it be and why?

Martin – It’s something which has really become part of the ‘NinetyOne set’. We’ve found that it’s really important and drop a track which people won’t necessarily recognise straight away, but they might have a memory or moment attached to it. As ravers we really appreciated it, so we just brought it to our DJ sets. In terms of a time we could go back to, to be honest we haven’t been on this earth that long haha! The late 90s and 00s era is a big part of us getting involved in music, as we ourselves have some really good memories attached to those times.

You’ve been throwing parties together now for years, but are there any particular events which will always stick out in your mind?

Andy – When we hosted at Fabric. It was just one of those moments where I took a step back, and looked at everything we’d achieved so far. We’d been presented with this opportunity to not only host our brand at one of the most iconic clubs in the world, but also have our residents play in the iconic spaceship booth of Room One.

Seeing them absolutely shell it down and have the dance floor rammed until the last minute, I was just gobsmacked. It was a special moment for me, the first time I’d felt emotional at 33! We’re very blessed and happy to have the team and support around us.

Mike – For me a big moment was right at the very start hosting our London Boat Party. Obviously there were months and months of planning and discussions about what we wanted to achieve with the brand but we had never hosted an event before, so it was all pretty new to us. The boat party sold out with around 150 mates of ours and the DJs which was so special to have that support from the very start.

I remember the buzz we all got from seeing it all come together and the vision of where we wanted to get to became a lot clearer and we just pushed on from there. Other memorable moments was the first event we hosted at The Steel Yard, hosting 33 at Sankeys East and most recently being invited to host at fabric at the start of this year. We’ve had too many special memories from being out in Ibiza too!

Jack – My favourite 33 event (they’ve all had something special) has to be our first event in Ibiza back in August 2017. Baring in mind 33 was only a year in and we managed to host an event in San Antonio on the beach front was an amazing experience.

Not only was it my first time in Ibiza (which for everyone is an experience in itself), it was with Andy and Mike, and all the 33 boys. Seeing everyone come together, and also having friends fly out to witness our event with us will always stick in my mind. And to host our first event at Itaca to then this year being regulars there is amazing. 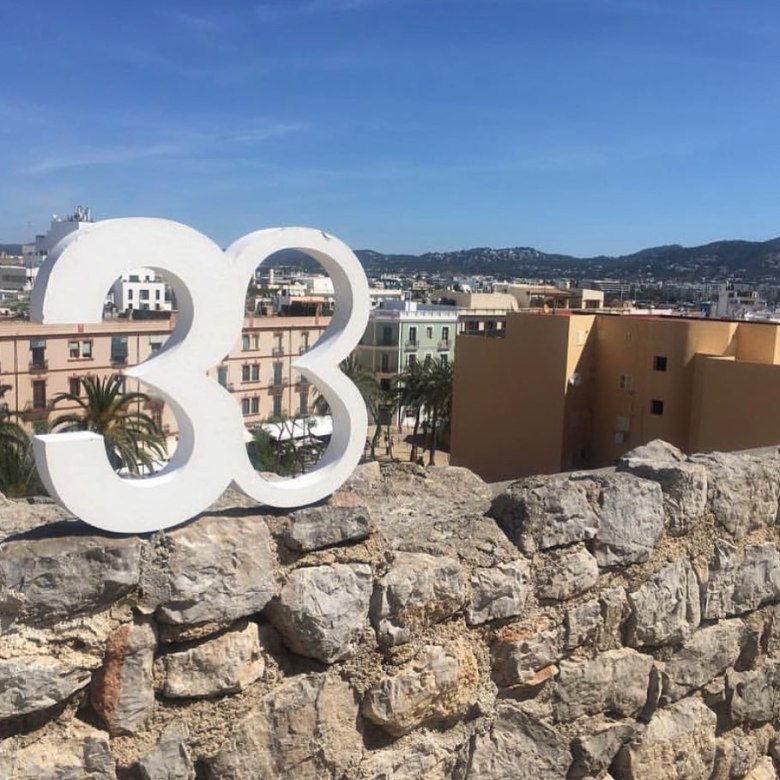 The three of you [Andy, Mike and Jack] leave the DJing to your talented residents and guests whilst you guys run the show. But in a parallel universe where you three are a DJ trio, what would your name be and why?

All – Haha, that’s a tough one, either JAMollonia or Two And a Half Men – because Jack’s short! 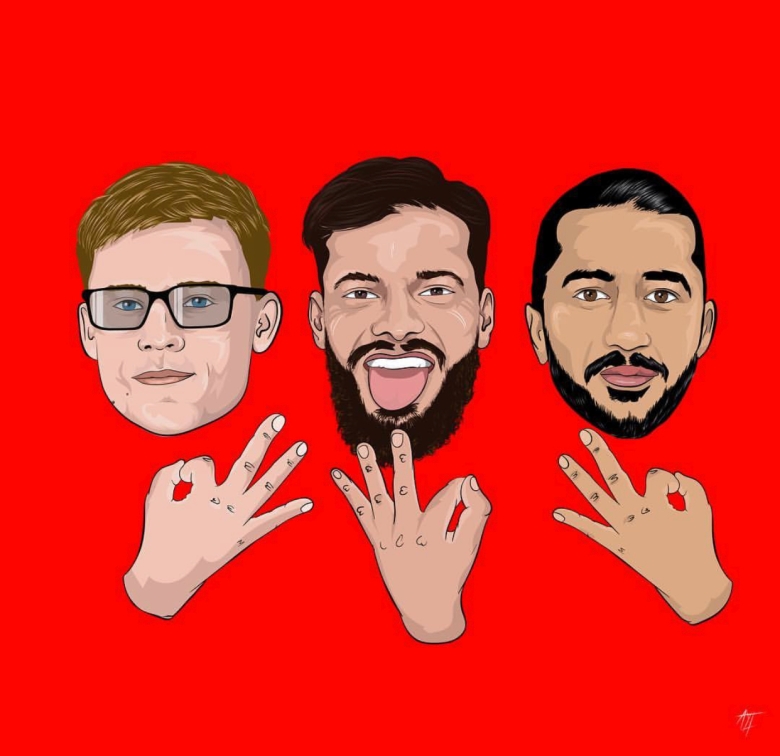 2019 marked a huge year for 33 and its residents on the White Isle, with multiple shows at Itaca for the brand and various other stints for the residents. What’s been the wildest moment you’ve experienced together in Ibiza this season?

Kastro (Late Replies) – Josh was trying to keep it calm this year, which is not like him but I understand; he’s probably just had enough, ha! I went to one of the Solid Grooves after parties at a villa. There were about 100 people inside and then they shut down the music from about 7am until 10am, because there were at least 200 people outside the villa wanting to get in and it would’ve got messy.

So they had to wait until the people outside left and then the music started again. This crazy woman who’d never DJ’ed in her life then started playing and nearly destroyed the vibe until Alisha took over and started the party! We left at about 1pm, after being up for easily over 24 hours!

Josh (Late Replies) – Kas standing behind Fisher during his all night long set and hearing Fisher bring in our track with Max Chapman ‘Fantasy’, not even realising that Kas was right behind him! That was pretty cool.

Andy – Ibiza hasn’t been too wild for 33 this summer, obviously we did 6 parties; the opening party with Late Replies was absolutely heaving from start to finish, it was perfect! Second event with Sosa, again a really good time and was packed as you can see from all the videos on socials.

A memorable moment came when we had Mason Collective down at Itaca, considering they’ve been playing the likes of HÏ and Amnesia – it was literally one of the proudest moments I’ve had. Apart from our own parties, every time the boys came out we also had our own little rave ups at Paradise and Music On and had it off!

Martin (NinetyOne) – for 33 and us as residents it’s been a massive year, with both our stints up there equally with our favourite times in Ibiza. Wildest moment has gotta go down as Mason Collective at Itaca for 33. It was wall-to-wall and good vibes as well as great music, it was a super sick night! Looking forward to next season!

Any exciting plans for next year you can tell us about?

Martin (NinetyOne) – Lots of new music from us coming next year, along with the second round of the NinetyOne showcase at Basing House!

Kastro (Late Replies) – We’ve got our Late Nights event which has been restructured and will be twice a year at the mighty Egg London. We’ve also got releases lined up and big labels asking us for new music. I’ve handed in notice for my day job as an estate agent, so from the beginning of 2020 I’ll be fully committed to making and playing a lot more music.

Andy – Expect bigger things from 33 on the island, a potential residency *wink, wink* with even bigger artists and extended showcases. Away from Ibiza we’re also taking 33 on the road around the UK, with regional parties so expect to see us popping up all over the place – more info coming soon!

A rollercoaster journey so far for 33 and their family, with certainly more ups than downs. A promising future looks to be on the horizon for both the brand and their residents, so expect to see plenty more of that magic number on your raving travels.

Check out 33 in action from their latest party at Rolling Stock London below.