Billed at one of London’s most coveted venues, Junction 2 arrived at Tobacco Dock for the J2 launch, ahead of the festival’s fourth instalment at Boston Manor Park in 2019. The preview to next June’s festival featured a huge line-up, with extended sets by some of techno’s greatest talents.  The likes of Adam Beyer returning to the infamous low ceilinged carpark, RØDHÅD & Âme playing a four hour b2b, techno goddess Amelie Lens, and an extended showcase from Dixon.

For more info on the venue itself, including drink prices and the production/sound check out our review of Drumcode at Tobacco Dock.

RØDHÅD b2b Âme
A b2b which took many of us by surprise when released, given the almost opposite styles of the two acts. However RØDHÅD’s hard-hitting rollers paired with the melodic selections of Kristian Beyer from the duo Âme proved to be a nail-biting 4 hour spectacle for those in attendance. With The Gallery room packing out early on, RØDHÅD laid down the 2018 release of “Amok” by Linkan Ray. The more subtler techno track eased his crowd into the set, still packing enough punch to rev up the energy in the room for a performance which would be filled with pace changers across the techno spectrum. 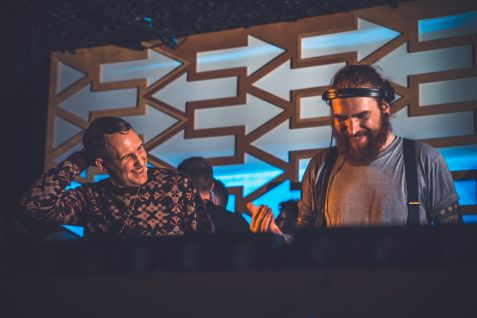 The b2b felt effortless, with the 2017 Rod remix of “Mind Journey” by Ellen Allien being met with open arms. Its robotic vocals dropping into a deep bass received the full support of the Tobacco Dock crowd. Taking a heavy turn further in saw “Constructivism” by Slam blast through the speakers, as just one of the many fist-pumping moments. The crowd were then glued to the dance floor, with hours passing by in the blink of an eye as the room’s mesmerising production dazzled in sync with the beats. 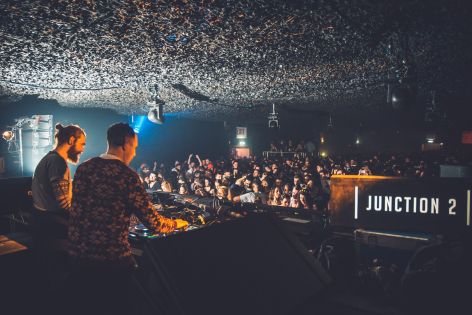 As Âme & RØDHÅD prepared to pass over to Amelie Lens, Âme had one last special moment up his sleeve, bringing out “Fun is Fun’ by Bryan Kessler. The upbeat tempo & vocals were left ringing around the space with a bubbling atmosphere filling The Gallery and ending the set on a hair-raising high.

Adam Beyer
Stepping up to headline Tobacco Dock’s infamous car park landed Drumcode chief Adam Beyer. Playing his first car park set in 3 years, the budding crowd couldn’t wait to hear his pumping sound erupt through the speakers. Welcomed by cheers and a round of applause when we emerged behind the decks, you could feel the sheer excitement in the crowd.

Quick off the mark, Beyer wasted no time and got straight into the thick of it. Picking up from where Joel Mull left off, the techno titan unleashed thumping beats from the get-go. “Hit The Run” from Vikthor provided a dark and gritty sound, complimented by a heavy drop which tore through the underground space. Further in saw Klangkuenstler’s recent release “Delion”, out on Alan Fitzpatrick’s We Are The Brave label.

The track has certainly been doing the rounds, regularly played by Beyer himself and did the damage once again in the Car Park, hammering through the speakers and leaving the crowd wanting more. An exhilarating performance, giving an insight into what to expect at J2 next summer.

A techno lover’s dream. With rare London performances from a number of electronic artists, J2 once again proved to offer a truly unique sound and experience for it’s fans.  Points within the car park did unfortunately become painfully busy, with Adam Beyer’s return to the underground space being favoured by many in attendance to the other rooms, dampening the vibe for some. This also resulted in the room becoming uncomfortably hot, leaving the need for further ventilation and temperature control which would be good to see in future. Nevertheless, a thrilling techno showing from Junction 2. Bring on the festival in June! 7.5/10