The Halloween weekend had arrived, and with it brought one of techno’s most respected brands to take over London’s industrial playground; Tobacco Dock. Headed up by Adam Beyer, the label has been a regular feature at the venue in recent years. With him, were a ferocious team of techno titans, ready to open the gates to hell with hours of mind-bending beats. Names including Drumcode regulars Enrico Sangiuliano and Bart Skills along with Charlotte De Witte, Paco Osuna and Nicole Moudaber descended onto Tobacco Dock, for what was sure to be a Halloween treat. 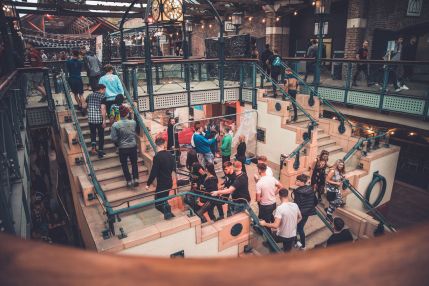 Once used to receive and store tobacco from overseas, this unique industrial playground has now become the venue of choice for LWE events, who hold exclusive music rights to the space. Comprising of 3 main areas, The Great Gallery, The Car Park and The Gallery housed 10,000 ravers between them, with some of techno’s finest selectors in control of the spine-tingling soundtrack to the day.

Staff
Top marks for staff here, always helpful and friendly and most importantly well organised, with entry taking a matter of minutes. Plenty of staff to cover the bars kept queue times to a minimum and raving times to a maximum!

Drinks
Run via a token system which are proven to reduce waiting times, drink prices were fairly standard given the location and event. Multiple bars within the space were available to spread the queues and save you walking half a mile to the nearest pint. Priced at £2 a token, drinks were on sale for :

Heat
Previous events have seen heat issues in the parts of the venue, however with the autumn chill keeping the temperature low from the outset and a few fan installations, the majority of the space kept to a comfortable temperature even at peak times. The Car Park however did gain quite some heat, but given the nature of the dark and dingy room, the heat was arguably part of the experience. You know the saying, if you can’t handle the heat, get out the kitchen! 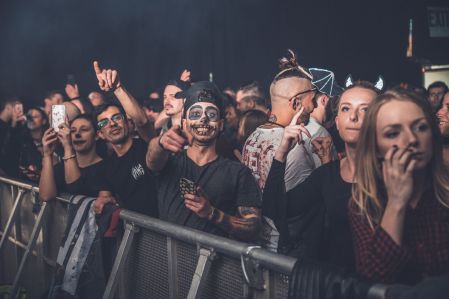 Crowd
Known for attracting a more mature and somewhat civilised crowd, the Drumcode regulars were out in full force. Despite their frightening outfits drenched in blood, they brought with them in an inclusive and positive atmosphere for the proceedings. Some younger, fresher faces were also present, some of whom may’ve been experiencing their first Drumcode and will no doubt be back again.

Production
The various pillars and beams located within The Great Gallery make it an ideal space for lighting options. A share of well placed beam/spot lights, lasers and strobes combined with a set up of haunting graveyard props behind the decks created a thrilling experience. Down into the depths of The Car Park saw a real gritty, outlandish contrast – with minimal natural light setting a pitch black viewing experience at times, whilst fast moving par lights along the length of the space gave off a real 90s illegal rave edge. 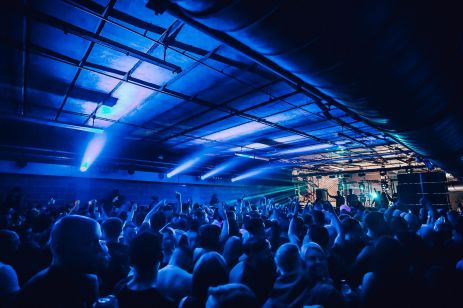 The formerly known “Little Gallery” has since undergone a revamp from previous years and seen the space more than double in size. Now known as simply “The Gallery”, the room has been kitted out with overarching camo netting, a large arrow visual display behind the decks and various lighting installs, making it a far more appealing space. 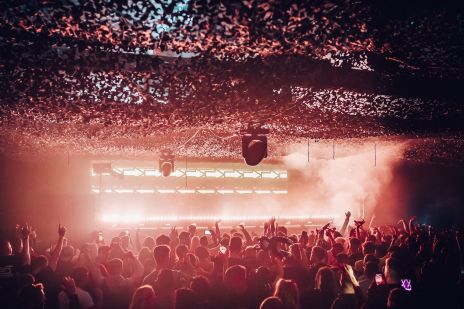 Sound
Across the three rooms saw some quality sound on offer, with the car park taking our pick of the bunch. The L- Acoustics system boomed through the concrete space in full force, with the tucked away underground arena having little-to-no restrictions. The Great Gallery too offered a high fidelity sound experience, however some cornered areas were quieter than others. The Gallery was slightly lacking in volume at times – further speakers would be a great addition here.

Enrico Sangiuliano
Stepping into the threshold and taking over from Layton Giordani was Italian techno tastemaker; Enrico Sangiuliano. A producer at the top of his game, with a large haul of charting records under his belt. Jumping onto the decks, Enrico quickly proved just why he’s a firm favourite among the Drumcode crew, opening with his own track “Multicellular”. The eery build up leading to a fierce drop, ignited the spirits of the fresh and eager crowd. Mixing in Dysart’s “Champion Sound” then plunged the room into the darker side of minimalistic beats, toying with the minds of the now packed out Gallery. 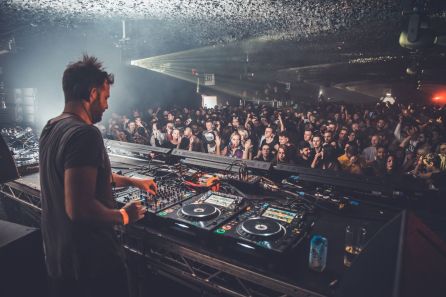 The standout moment of the set came courtesy of Enrico’s chart topping masterpiece; “Astral Projection”, as the track sent goosebumps through the venue with it’s euphoric build up. A steady and well balanced pace builder for the day from Enrico, teasing the crowd with the occasional hard hitter and setting the tone for the madness which lay wait. 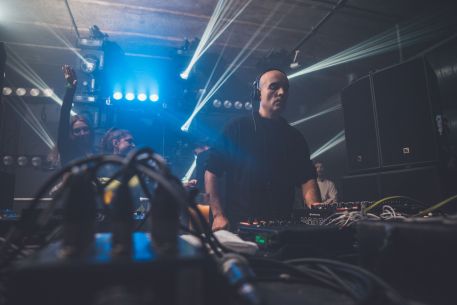 Paco Osuna
Taking control of The Car Park’s underground techno abyss was heavyweight Paco Osuna. A man with over 20 years of experience in the game and the brains behind the creative outlet; Mindshake Records. After the formidable duo of Dense & Pika set the standard with some explosive selections, we couldn’t wait to see what Paco had prepared for the concrete jungle. Orchestrating a thrill-fest from the very start, Paco unleashed an ingenious compilation of high-octane energy through the underground space.

Siege’s recent release on Toolroom, “Only 1” set the tempo of the set, giving us an insight into what was to follow. Towards the dying moments of the performance saw things take an especially darker turn, with “I Can Feel It Rising” by Secret Cinema and Egbert. The fiendish sounds sent shockwaves into the car park and left the crowd in an altered state of mind. A breathtaking showing from Paco, and our pick of the day.

Adam Beyer
Drumcode founder Adam Beyer is a DJ/producer who’s been at the forefront of the techno scene for over two decades. Having developed a brand which has lead the industry for over twenty years, the techno maverick has gained an abundance of experience and knowledge to help him craft the stupendous performances he’s known for. Closing the show in The Great Gallery with a 5 hour set, Adam had full control of the room, in which he’d created a temple of techno to see out the day. 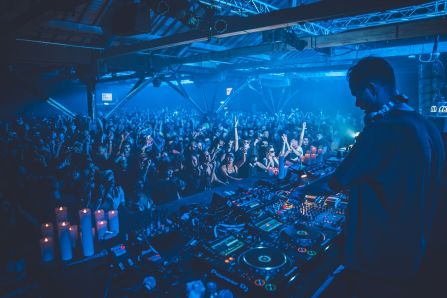 Opting to include a variety of electronic sub genres and take his viewers on a journey into sound, tracks like Joyhauser’s “C1666W” reverberated mesmerising synths which echoed through the room. After some deeper techno selections, Adam switched up the vibe in an instant, with the emphatic Azzido Da Bass remix of  “House of God'”. The bouncy bassline adding an injection of pace into the set and sending the crowd into a frenzy.

Yet again Drumcode and LWE curated an incredible lineup of top tier artists for the annual Tobacco Dock fright night. Show stopping performances from Paco Osuna, label boss Adam Beyer and many others signified another unparalleled Halloween event at the venue. The truly unique settings of The Car Park offer an experience like no other in London, and was a real highlight of the day. Some tweaks to sound in the other two rooms would be great to see in future, however this takes nothing from a day which was packed with memorable moments. 9/10