On Saturday 10th November among 4000 ravers, we descended onto Manchester’s Mayfield Depot for a night of live music curated by The Warehouse Project and Manchester International Festival. In charge of the soundtrack to the night were the Irish masterminds behind what began as two enthusiasts running a music blog named Feel My Bicep.

10 years later, the duo have seen international success, with sell out shows and game-changing production which has played a vital role in the renaissance of electronic music. The pair landed in Manchester to perform one of their famous live shows in a truly unique venue.

Used as a venue for just one week only as part of a mini series within the WHP 2018 programme in partnership with MIF, BICEP arrived at Mayfield Depot for the final show at the space. Posing as an industrial rave goldmine, the huge open area provided a decaying concrete canvas for the night ahead.

Staff
Organised and efficient when processing thousands of ravers into the venue, with entry taking around 10 minutes max including getting through security. Once inside, multiple bars were well manned to keep queues to a minimum, leaving no longer than a couple of minutes to be served. Top marks.

Drink Prices
A more than affordable bar was on offer for the night, offering a solid range of drinks from beers, to fruity ciders and even IPA (for the grandads in attendance).

Crowd
A diverse mix of people were in attendance for the night, ranging in age and culture, but all with the same passion for music. An atmosphere bursting with inclusive and positive vibes surrounded the venue, and a real pleasure to be a part of.

Heat
The vast open space was on the colder side when arriving, however once in full swing with a packed out crowd the temperature balanced out to a perfect level for the night.

Production
You could quite easily say the production was a performance in itself. Precisely designed by Stuart Bailes, the lighting show was simply staggering. Throughout BICEP’s performance saw a range of visual eye candy produced. From large LED panels displaying BICEP-esque artwork graphics, to eye shattering strobe & laser spectacles, leaving you feeling tantalisingly close to the effects on show. Expertly placed installations utilised the length of the venue, with spot lights, sunstrips and strobes running along the pillars of the room to keep you fully immersed in the proceedings.

Sound
Another real highlight. Filling such a large open venue with the sound quality needed to feel the full impact of BICEP’s live performance is no easy task. Thankfully, the end product was spot on. An intelligently aligned speaker system along the pillars of the venue fired emphatic sound into the room, which no doubt would’ve blown the dust off every corner of the derelict space.

BICEP
Well, where do we start here. An hour and 15 minutes which none of us will be forgetting any time soon. The Northern Irish duo have made some serious movements in the underground scene since their inception as DJs/producers in 2009. In 2012 the pair were voted as DJ Mag’s “Best Of British Breakthrough DJs”, a year which also saw the birth of their very own label; Feel My Bicep. Not shy of making a decent production or two, their captivating set was packed full of their own music and all curated live. 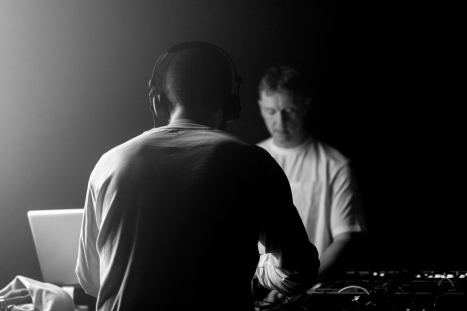 From the opening moments before barely a sound had been made, the roars and cheers of the crowd signified the anticipation for the performance which followed. Drawing their 4000 strong fans into the set, the duo orchestrated a nail-biting opening half, with some of their most coveted tracks filling the first 30 minutes. The iconic vocals of their “Higher Level” remix echoed through the concrete walls of the venue, before teasing a prolonged intro of the crowd pleasing “Just” as the stage’s lighting and mesmerising visuals silhouetted the duo in command of the dance floor. 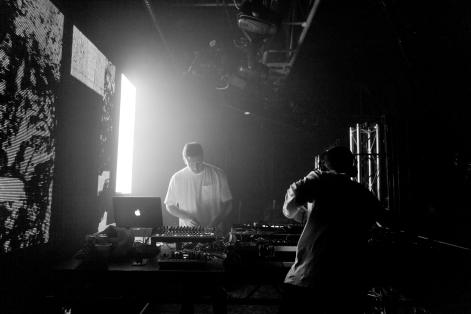 Further into the set saw the sound system put to a real test with “Aura” blasting it’s way through the speakers. No stranger to some of the harder hitting tracks, BICEP upped the tempo as we began to reach the final moments of the night. Drawing on some splitting techno matched with a kaleidoscope of lasers and strobes left the crowd in awe. The performance came to it’s end (or so we thought) with the room almost pitch black and a rapturous applause the only sound remaining.

Of course they’d left the best till last. Jumping back on the controls opposite each other, the opening melody of “Glue” rang around Mayfield Depot. An eruption of cheers from the crowd followed before a blanket of colour lit up the Mayfield Depot and left the hairs on the back of our necks standing. A magical ending to an incredible night.

An unforgettable experience, crafted by an extremely talented duo. The dazzling lighting and sound instalments acted as the perfect backing tools to engineer the performance as being one of the best we’ve seen. The set played homage to their inimitable sound and after witnessing it live, it’s clear to see why they remain in a league of their own. 10/10