Just when we thought we’d never rave again, the blueprints for a brand new suit which will allow ravers to party without contracting coronavirus has been announced. Production Club is the creative studio behind the concept, which has been designed to enable safe social interaction in venues and clubs. 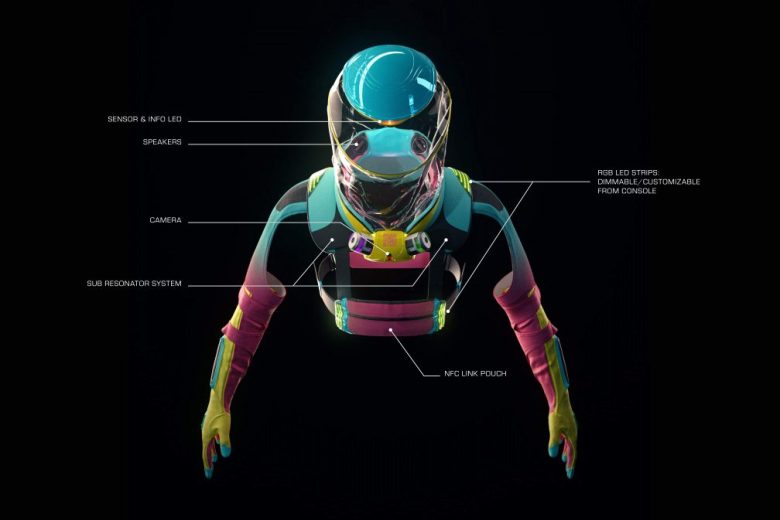 Named ‘Micrashell’, the state of the art suit is packed with features which will cater to the modern day wants and needs. These include phone integration, beverage and vape consumption, voice communication, video camera and even a built-in subwoofer sound system. One of the suit’s key components which make it pandemic-proof is an air filtration and breathing system, which is based on worldwide standard regulations.

“Micrashell (patent pending) was born as a socially responsible solution to safely allow people to interact in close proximity. Specifically designed to satisfy the needs of nightlife, live events and entertainment industries, Micrashell is a virus-shielded, easy to control, fun to wear, disinfectable, fast to deploy personal protective equipment (PPE) that allows socialising without distancing.”

The LA based firm are known for their high-tech production which they’ve previously built for the likes of Skrillex, Jack Ü and Martin Garrix. So they’ve certainly got some great minds working on the job. However, the concept is still in the early stages of being produced. So whilst it is coming, you may be waiting a little while.

For more info visit Production club’s site here or check out the images below.