The two track release is set to land on November 25th

Scottish-born, England-based DJ & Producer MKEY, is continuing to his mark on the booming underground circuit with consistent performances across the UK & Europe. Featuring at raving hotspots including Ministry of Sound and Studio 338 in London, as well as Ibiza super club; Hï, his upward trajectory in music doesn’t look to be slowing down any time soon.

Despite his early musical experiences being far more traditional (MKEY played bagpipes to a world class level) his passion has always been electronic music. MKEY’s sound resonates in realms of underground house music, often venturing into deeper and minimalistic areas of the genre right through to solid, grooving tech house. 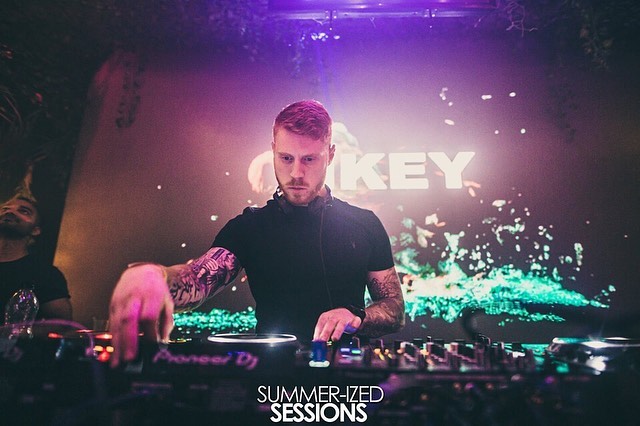 Since our last chat with MKEY, things have progressed on the production front. The months which have followed have seen him working hard in the studio to hone and refine his sound in the attempt to cross off some of his production goals. One of these targets which MKEY’s had his eyes set on, is signing with Celestial Recordings.

“ I’ve been following their releases and always loved the sound they were putting out. It had taken me a number of attempts with demos before signing with them as they were looking for a specific sound.”

With the combination of his ever-developing production etiquette and determined persistence (which happens to be the name to one of the tracks), MKEY sealed himself an upcoming two track release which is due to land 25th November.

Outta Acid
The lead track, ‘Outta Acid’, is complied with intelligently placed drum patterns, complimented by the groove and swing in the bassline. The introduction of an acid synth on the breakdown adds some nice suspense, with a level of energy that again solidifies a buoyant groove throughout the track.

Persistence
The B side of the EP, ‘Persistence’ is a distinct track with layers of punchy percussion drawing out a prominent groove. The track itself went through quite a journey to be signed, with some alterations made on the way. However after some persistence from MKEY, the B side found it’s home with Celestial.

The forthcoming EP follows MKEY’s debut last summer which saw the artist break into the Beatport Top 30 Tech House chart. As he begins to settle more into his sound, who knows where his future releases could end up.

Listen to the lead track below :