Under the spotlight this month finds another duo with diverse origins who’ve shot into the limelight of recent; Illyus Brown & Ivan Hall Barrientos. The Glasgow based pair hold roots which span across the globe, with Barrientos’s Chilean parents who raised him in America, whilst Illyus was born in Govan, spending his early years in Frankfurt. Quite the globetrotters! The distantly born & raised pair eventually crossed paths on a Glasgow dance floor, with the proceeding years acting as the incubator for what would see them back around the world, but this time on tour – showcasing their infectious music as Illyus & Barrientos.

On paper you could say they’re chalk & cheese, with Illyus surrounded by hip hop influences from an early age, meanwhile Barrientos opted towards piano lessons playing the likes of Beethoven. However, this contrast of styles has since become the recipe to their success, moulding a classic, yet funky house sound which has since turned the heads of a growing list of record labels. Defected, Suara, Glasgow Underground and Toolroom have all since featured releases from the pair, with Toolroom being regular supporters both of their production, and DJ sets – booking them for a number of label showcases last year. 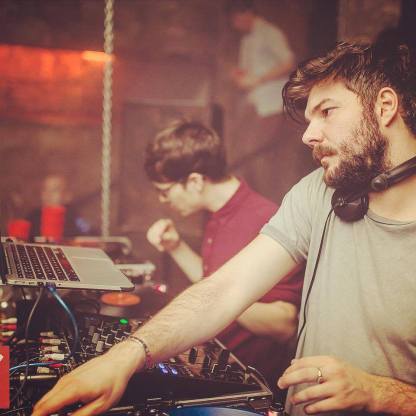 Toolroom haven’t been the only brand to feature a DJ set from I&B by any means, with bookings flying in from all corners of the world last year including Thailand, Russia, Ibiza, Dubai and the UK. Their start to 2019 has carried on from where last year left off, with the duo recently completing a tour of Australia & Asia, along with many more bookings already confirmed and in the pipeline – it’s safe to say they’re pretty hot property right now.

February this year saw a huge landmark in their career, an achievement recognised and respected by every DJ in electronic music – the chance to jump into the BBC Radio 1 Essential Mix booth. The coveted mix series run by industry legend Pete Tong has been running since 1993, featuring the most in-demand names in dance music. Annie Mac has also invited the pair in for a classic house mini mix, which has seen more than one play on her show since it’s recording. Off the back of last year’s hit releases which include “Scream”, “So Serious” and a remix of Soulsearcher’s iconic “Can’t Get Enough”, expect more of the same in 2019 as Illyus & Barrientos continue to climb the ranks of dance music’s elite.

You can catch the duo in London this Saturday, 16th March for MOODS at the W Hotel London, tickets available here.