Ones to watch this year

Late Replies
The electric duo from London have been making some serious movements over the past year, with their high tempo beats and infectious energy behind the decks making them firm favourites in the city circuit. The duo’s residency with London brand 33 has since put their prolific talent on the map, playing around the UK and Europe with the growing brand. Following this, it took little time for Late Replies to catch the eyes of tech house favourites Solardo. With their irresistible charisma echoing the Solä label bosses, Solardo invited the rising duo to perform at two events in 2018.

“Higher” at Studio 338 saw Josh and Kastro warm up the famous 338 terrace in style, a venue which they’d previously played earlier in the year for London powerhouse; ABODE. The second stint landed on Boxing day, with a trip to Birmingham’s Lab 11 for Solardo Sessions, pulling in a busy crowd from early on. Partial to a bit of production too, a collab with Max Chapman on his own Resonance Records titled “Wassoulou” was a huge hit. There’s no doubt you’ll find this two popping up on your sound waves this year. 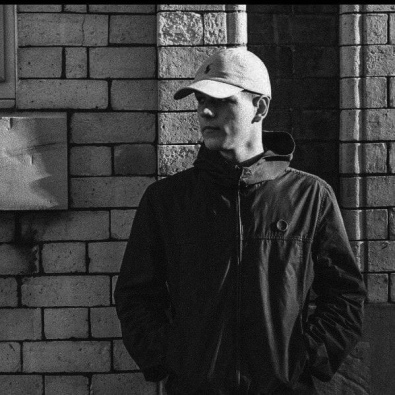 Tim Taylor
An artist with a sharp ear for production which has played a key role in his milestone moments so far, is 19 year old Tim Taylor. In 2017 he signed his “Throwin Down” single to George Privatti and Guille Palencia’s highly respected label; La Pera Records. With no signs of slowing down after his initial success, Tim followed up with a second hit release on the same label, with a two track EP titled “Everybodies Talking”.

Further credible production has seen support of his work come from some of the industry’s top names, including Jamie Jones, Camelphat and Michael Bibi – who regularly featured his “Billie Jean” edit throughout last summer. The simple, yet effective rework has been played across the globe after it’s release via YouTube sensation Blanc records. The video on Blanc’s page alone has seen over 400,000 views! Be sure to look out for Tim’s music in 2019 as he continues to climb the ranks.

ALISHA
Slingshotting into the underground music scene during 2018, Alisha Coleman has had a whirlwind entry to the world of electronic music, crossing off some huge achievements in a short space of time. After honing her craft on a controller as a bedroom DJ, Alisha’s love affair with the industry began in her home town of Peterborough, for local brand Mixology. Fast forward to today and the artist is headlining events around the country, along with supporting huge acts on her travels such as Jamie Jones and Hot Since 82.

Rounding off an already busy 2018, saw her perform at three sold out shows in as many days to close the year. Warming up for Solid Grooves boss; Michael Bibi at his give back event was followed by a b2b stint with close friends Late Replies for 33, before a 3 hour set at elrow for the last ever Warehouse Project at Store Street. During her quick-fire start to the game, Alisha has also landed a residency for upcoming Kent brand Habitat, becoming a key component in the brand’s success.

As well as a gig diary which is rapidly being filled, she’s also played her hand at producing – cautiously sitting on her work and perfecting her sound before releasing it to the world. A tactic which has resulted in signings to Criminal Hype, UNI Records and Green Velvet’s Relief, with her track “Trip” even getting plays from the boss man himself! With Kaluki’s K1 management now also behind her, who knows what’s in store for 2019. 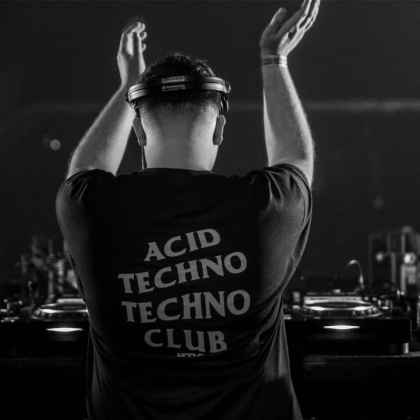 Rudosa
After making our first acquaintance with Rudosa in November of last year, we saw the Manchester-born techno up & comer in full control of the opening slot at Drumcode’s WHP take over. An opening set can often be make or break for a DJ, with few mastering the skill. However, with years of experience behind him Rudosa had just the tools for the job, orchestrating a carefully considered set to build the atmosphere in the room. This skill has seen him play across the UK and Europe supporting the likes of Ben Klock, Paco Osuna and Charlotte De Witte.

2017 saw a turning point in Rudusa’s career, with his “INVASION” EP released on Carl Cox’s imprint, Intec. Following on into 2018, Mark has maintained his momentum with a huge 4 track EP titled “Move With Me” on Suara reaching the Beatport top 10 techno chart. The EP was also supported by countless techno heavyweights, including Richie Hawtin, Charlotte De Witte and Amelie Lens. Further releases on Pan Pot’s label Second State and Alan Fitzpatrick’s We Are The Brave show there’s no signs of Rudosa slowing down soon. Keep your eye on this guy! 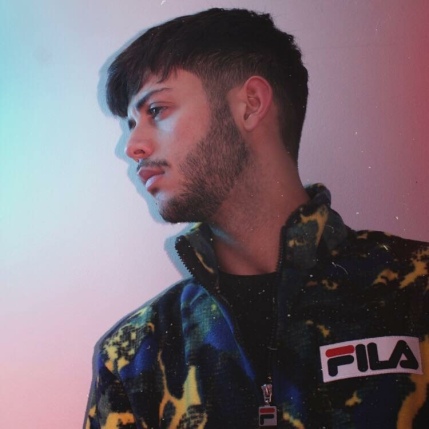 Ben Sterling
The self taught DJ and producer has easily staked a claim for being one of the best young talents to emerge in the last couple of years. Beginning his story with a residency at London’s institution of dance music; Ministry Of Sound at the tender age of 18, saw Ben support some huge brands such as Subliminal and Defected. Taking no time to cause a stir, he then went on to feature as a special guest for Data Transmission at Defected Croatia in 2016, with his schedule continuing to build ever since.

2018 saw a light shone on Ben’s former undiscovered talent as a producer, following his initial breakthrough release the year before under Josh Butler’s Origins Rcrds. Since then has seen a plethora of unreleased material circling social media, kept closely under wraps by the likes of Jamie Jones and Lee Foss before leading to eventual releases on their respected labels. Lee Foss’s Repopulate Mars and the jointly owned Hot Creations with Jamie Jones have now both been added to the rising star’s discography. With plenty more on the horizon, you can bet that Ben Sterling is a name you’ll be seeing a lot this year. 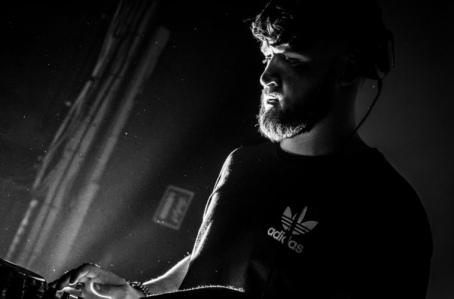 KETTAMA
The Irish sensation known as KETTAMA has been engineering his way into the limelight of recent, with a distinct and powerful sound. Having received heavy backing from a growing number of artists including house music icon The Black Madonna, things are swiftly looking on the up for the DJ/producer. A real crowd pleaser, both with his pumping performances and production to match, his track “B O D Y” has seen regular support from Auzzie wiz kid Mall Grab, along with Geordie Star Patrick Topping closing his set with “The Verve” to a packed out Eastern Electrics crowd.

Having already sold out shows in his home country, Scotland, England and even performing in China, the demand for KETTAMA is rising at a meteoric rate. 2019 is shaping up to be his biggest year in the game yet, with bookings confirmed alongside the likes of Skream, Patrick Topping and Dusky, along with a flurry of festival stints including Parklife and Hideout. He’s surely set to blow up in the coming months. 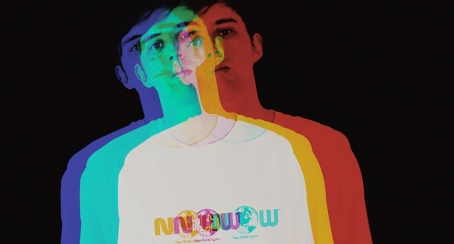 Rebūke
Another house music export hailing from Ireland is Rebūke, who after struggling to find his breakthrough moment has burst onto the scene with some real authority. In a recent tweet he stated himself “This time 5 months ago I couldn’t get a gig and now I’m about to do 5 gigs in 5 days”. A sure sign of things to come, after becoming a hot topic in the industry with his standout production being the catalyst to his success.

His now world famous track “Along Came Polly” released on Hot Creations has flooded the scene, with plays in all corners of the globe and landed the number one spot in the Beatport Tech House Top 100. Leaving no time to rest, his follow up track “The Pipe” is evidence he’s no one hit wonder. Forming part of a two track EP on Claude Von Stroke’s Dirtbirdy label, it’s clear to see why Radio 1 mainstay Danny Howard has pitched Rebūke to be his future fire artist of 2019. 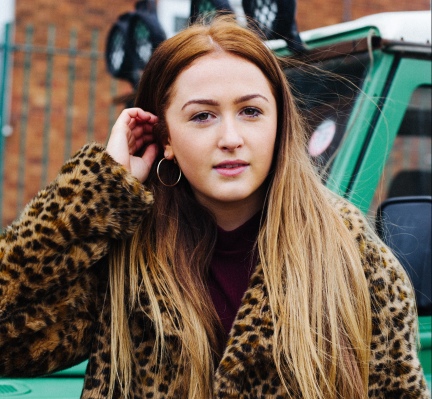 Imogen
Up & coming techno starlet Imogen has been popping up in some of the most coveted venues of late, making a real impression among her peers. A young and hungry DJ that pushes the boundaries of electronic music, her unique sound of mixing bouncy electro with the dark depths of techno is a formula which has seen her support the likes of Nina Kraviz and Helena Hauff.

At the young age of 16 she relocated to London, in the hope of following her aspirations and developing her skills in music production. Taking inspiration from the likes of Defekt and Luke Slater, her pursuits have resulted in stints at some of London’s top venues including Fabric and Printworks for electronic music powerhouse; The Hydra. Her upcoming year is looking nothing but bright, with bookings in her home country along with Belgium, Switzerland and back to London for a debut at Junction 2 Festival.