As the end of January comes to a close, brand new party “Illuminati” provides the perfect place to celebrate your virtuous month (or the end of January blues!) bringing along a groovy tech-house line up with Roger That as the headline act. Set to take place at Engine Rooms in Southampton, the exposed warehouse look is ideal for ravers, with piping and metal giving it a raw industrial feel combined with a huge sound system and visual display setting the mood for the highly anticipated launch.

Illuminati Music, started by DJ and promoter John Wells, was created for his love of music and his desire to start something with fresh appeal while still maintaining that minimalistic feel. Each event promises to bring brand new production, meaning that each party will be a unique and intimate experience not to be missed. John Wells has DJ’d all his life, and previously co-ran “Agenda” at Kent’s leading underground venue – The Source Bar. Having booked the likes of Hot Since 82, Shadow Child, Cera Alba, and many more – you can be safe in knowing this party is in good hands. As a DJ, John Wells brings nothing but energy, as he says:

When I’m looking for music, if the track doesn’t instantly make my leg twitch or my head bop then it won’t be in my set list

Headlining the bill is Kent-based Roger That, the tech house star who’s had releases on well respected and highly revered labels such as Sola, CR2, and Toolroom. Alongside his steady Beatport-charting releases, Roger That is known for his string of parties ‘Habitat’, and his new label ‘Over and Out’. One of his popular tracks “The Washer” released on Lee Foss’ label ‘South of Saturn’ was a hit over the summer, and has seen support from tech house heavyweights Michael Bibi and Solardo. Check out the video below to see Michael Bibi dropping it at Printworks for Solid Grooves.

Supporting Roger That and brand-owner John Wells is Press Play, Rossy, and Morgan Jones. Expect to hear some of the finest up and coming talent bringing groovy basslines, and booming beats to Southampton. This is one party not to miss, and be sure to see us there. 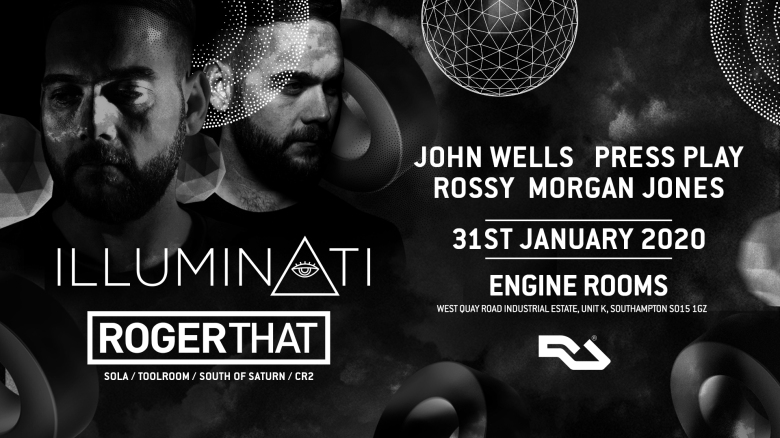