Reinier Zonneveld, one of the most exciting producers and live acts in techno, has released his much anticipated 3rd LP on his own imprint ‘Filth on Acid’. The techno wiz has had an incredible year already, collaborating with Carl Cox, celebrating the one year anniversary of his label and playing some of the biggest festivals and sold-out all-nighters, but this album sees him go one further.

‘Church Of Clubmusic’ — released on April 22 — is the pinnacle of all his efforts to date, carefully blending his background as a classically-trained pianist with his finely tuned techno. Interestingly, some of the tracks began life over a decade ago and have been allowed to marinate, mature, and evolve in unhurried fashion.

“I have been working on this album one way or another for nearly ten years now” says the producer. “Lots of the tracks in it are based on rough sketches or half-finished ideas from years ago, which up until now I was not able to produce and finish as I had envisioned them. In this way it’s a kind of musical diary for me that charts different periods in my life.” 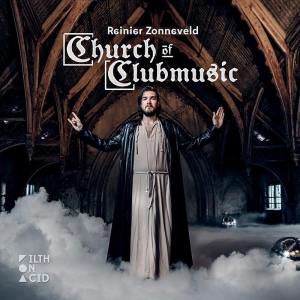 A personal favourite is ‘Acid Overdose’, an unrelenting acid workout that harks back to the glory days of acid techno. Reinier Zonneveld love of all things acidic and 303-based is well documented in his discography, but this track takes it up a notch!