A man who needs no introduction, Music On’s head honcho has seen and done it all. From countless Ibiza residencies at the island’s top clubs, to holding his very own festival with thousands of travelling fans. A true maverick of the underground music industry, who in his illustrious career has played a vital role in shaping the electronic scene known today and in his home country of Italy.

Born in Napoli, it took little time for Marco to find his calling in the music game. Beginning his journey in the early 1990s, he held a strong passion for techno and was determined to spread the infectious sound in his home country. Years later, through relentless efforts of DJing, promoting and producing, saw Marco influence Italy’s love affair with techno during the late 90s/early 00s. Using his own labels as a platform for the genre; Design, Zenit, Question, Do.Mi.No and One Thousands released tracks from himself and various other artists, raising the profile of techno in Italy. 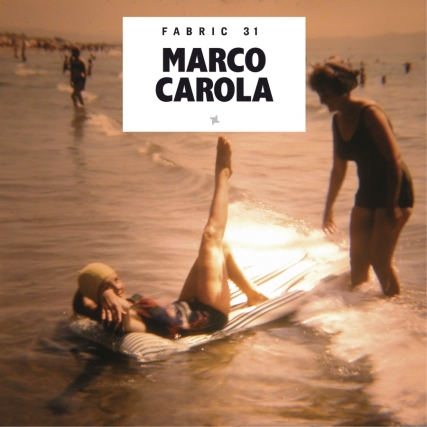 In 2006 saw a career-defining moment for the Neapolitan, with his Fabric 31 mix demonstrating a masterclass in “sleek, future-facing minimalism”. The cutting edge compilation took the underground world by storm. This, along with follow up compilations for German festival giant’s Time Warp, and releases on Richie Hawtin’s Minus label acted as the catalyst for his world-renowned status known today. In the years which have followed up to now, the dance veteran has continued to adapt and hone his style, incorporating a range of sounds and sub genres focused on finding that ultimate groove with a cocktail of tech house, minimal and techno.

His busy diary sees Carola playing in all corners of the globe, with a jam-packed schedule throughout the year. There’s no rest-bite for the in-demand selector, who’s longevity in the industry is a statement in itself, remaining at the forefront of underground electronic music for decades, with no sign of losing his status any time soon. This year will bring his beloved Music On back to Amsterdam for a two day festival, along with another residency on the White Isle. 2019 sees the brand setting up camp at Pacha & Destino for the first time, following many memorable years on the Amnesia Terrace.