Skip to content
A minimal masterclass in the heart of London

Since the launch of Decay Records in 2013, the label has championed a vast library of stripped-back, dubby beats. Their carefully considered sound is centred around an ethos of diving deep and focusing on what they deem quality, well thought out music rather than following the current trends in an attempt to stay relevant – which many brands are guilty of.

Overseen by DJ and producer Davide Zeta; one half of DZeta N Basile, the label has continued to push forward year on year with a flurry of producers under it’s belt from the likes of Saytek, Neverdogs, Hector and Nathan Barato. Having ran a string of successful events in the past, we were eager to experience their sound first hand.

Boasting an impressive line up of unique and talented selectors hailing from Iran to Slovakia, Decay set up shop at Shoreditch’s house & techno hotspot; 93 Feet East for a day of minimal grooves.

True to it’s home location, 93 Feet East is a quirky, eccentric and promising medium size event space. Offering tasteful decor and stripped-back industrial feel, the venue has attracted many brands and renowned DJs to grace the area. Welcoming Groove Armada and housing Enzo Siragusa’s Fuse residency have been just some of iconic moments which make up the venue’s history, since being established back in 1999.

In January 2018 the venue underwent a large refurbishment, keeping the raw and industrial theme at the heart of the refurb, whilst installing some core enhancements in the form of sound quality to keep ravers engrossed in the party.

Drink Prices
Fairly standard prices for a venue situated in the heart of Shoreditch, with beer/cider at £6 and water for £2.50, although you could say at the pricier end for mixers at around £6.50 a pop.

Heat
The venue’s temperature was noticeably high throughout the day, we imagine this could be uncomfortable in the summer so installing some ventilation and fans would be a great addition for future events.

Venue Staff
Three bar workers were present for the majority of the night, quick on their feet to serve and although at peak times a queue can form, the additional bar outside helped spread out the thirsty crowd.

Crowd
A welcoming and positive atmosphere was felt throughout the day, formed from Decay’s tight-knit following and event organisers. Even ourselves who were meeting many of the Decay family for the first time, felt right at home and a part of the proceedings.

Production
A minimal and intentionally light-touch production set up within the venue perfectly complimented the raw and gritty settings, giving a real old school rave feel to the room. Rotating beam lights attached to a rig overlooking the floor space and a powerful strobe behind the decks filled the dark room with a perfect balance of colour, whilst a unique touch of fluorescent light bars running from one side of the room to behind the DJ booth finished off the scene.

Sound
An impressive sound offering which boomed through the walls provided a solid audio experience for the day/night. The d&b sound system was used in full force, with one large speaker & sub stack to the side of the room doing most of the work, whilst additional booth monitors finished off the job.

Nima Gorji b2b Giorgio Maulini
Taking over from the infectious vibe left by Ivan b2b Mauro, were two musical pioneers who both share a real passion for the musical arts. Iranian born Nima Gorji and the accomplished performer from Venezuela Giorgio Maulini joined forces for a b2b of the finest collection of sounds. Quickly easing into their stride saw the b2b cleanly bringing in “Dreamer” by Pascal Benjamin, followed shortly by Pavel Denisov’s “Nocturnal” leaving the room in a state of hypnotic trance after the blissful melodies rang around the concrete-walled venue. 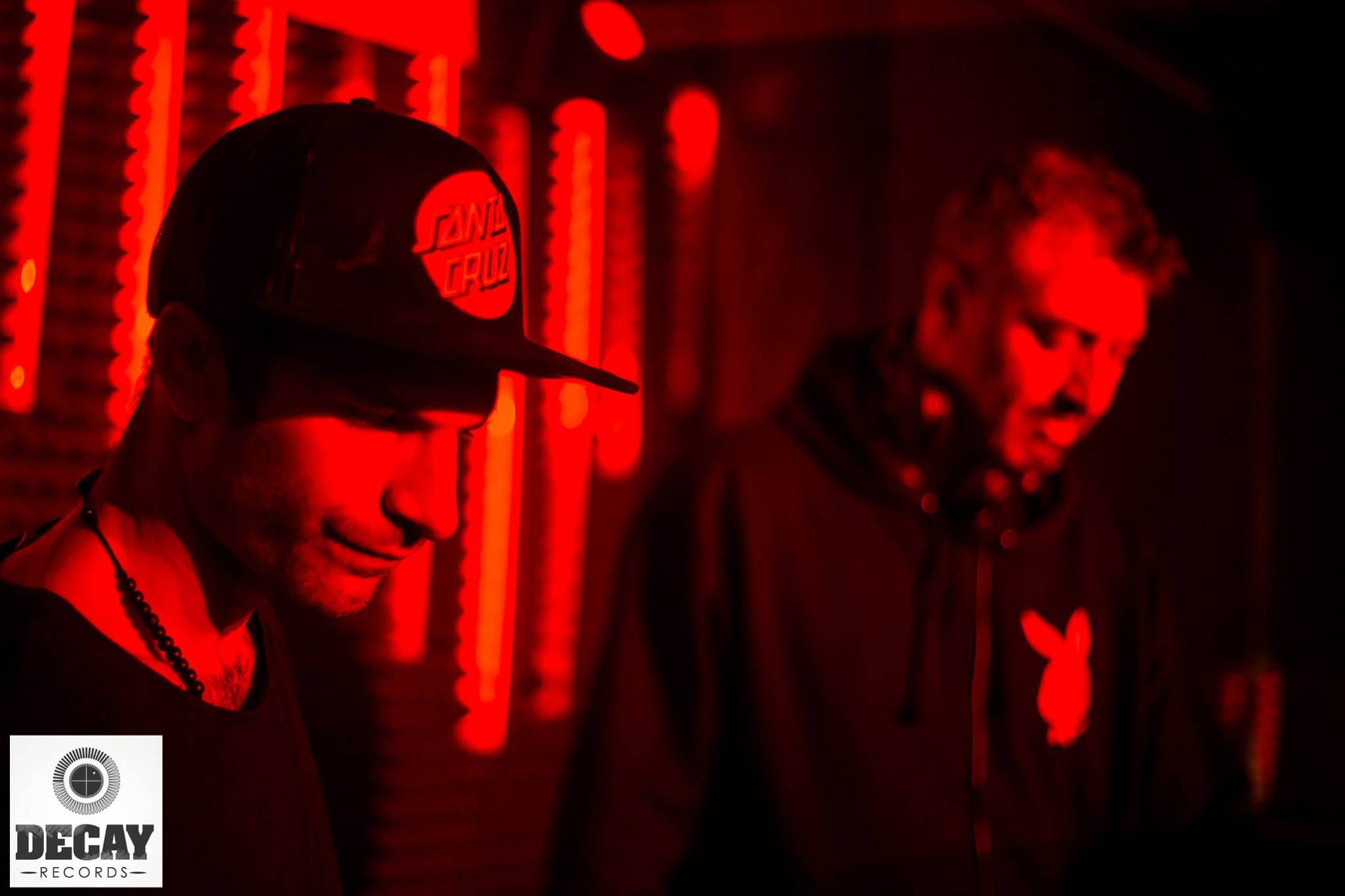 Keeping the crowd on their toes, Giorgio treated the room to some of his own unreleased tracks, along with testing out some fresh material from his close friend Justin Pak titled  “Withdrawal”. Much to the crowd’s delight the tempo steadily crept up as Trevino’s funky number “Buried” rumbled through the club’s impressive sound system. As the set drew to a close, the talented duo blasted out an acid belter entitled “Acid Running” by Piero Zeta. The heavy hitting track pumped energy into the room in preparation for the next headline slot from another vinyl selector; Andre Galluzzi.

Andre Galluzzi
A man with a wealth of experience behind the decks, 25 years in fact. This guy loves his wax, a real vinyl maestro. Residencies at Berlin mainstay clubs Berghain and Tresor, as well as releases on Sven Vath’s “Cocoon” and Luciano’s “Cadenza Records” are just some of his career achievements. Decay really pulled off a coup bringing in this highly regarded headliner to 93 Feet East. “Future!” by Halo Varga released in 2000 still showed no signs of getting old, sounding as fresh as it did 19 years ago rumbling the walls of 93 Feet East.

Fully demonstrating his extensive musical knowledge saw Andre digging deep into his archives, pulling out Basic Channel’s “Phylyps Trak ||/||”. The looping vocals on Daniel Stefanik’s “2 O’Clock” over the top of its minimal beat was certainly easy on the ear.  The groovy selections continued throughout the headliner’s two hour vinyl masterclass, keeping the crowd’s feet moving and head’s bopping.

A day jam-packed with refreshing sounds from a lineup rarely found in London, with a diverse selection of artists spanning all corners of the globe. A true underground treat for the music heads among us, along with an energetic and positive vibe to complement the soundtrack. Landing on a busy weekend for electronic music may likely have impacted numbers through the door, however this took nothing away from Decay’s following who kept the atmosphere high throughout. 7.5/10