This March will see a minimal masterclass from underground record label: Decay. Launched in 2013, the label prides itself as being a platform true to it’s founding sound, opting to not deviate towards current trends or hypes. Instead, they’ve focused their outlook on showcasing quality hypnotic grooves with a dubby edge.

Label boss Davide Zeta has ingrained this ethos since the label’s humble beginnings, along with some notable signings himself to the likes of ViVa Music, Real Tone and 1trax. Despite cherry picking a carefully considered sound, Decay have seen a broad range of artists appear on their growing roster. Alex Arnout, Cozzy D, Frank Storm, Hector Couto, Neverdogs and DJ W!ld have all featured releases, along with shining the spotlight on various upcoming producers.

This diverse selection of producers is also reflected in the brand’s showcases – something which they’re no strangers to, following stints at Barcelona’s Off Week and a DJ Mag Live event at Work Bar London. At the tail end of last year also saw the brand celebrate their 5th birthday at Rolling Stock with a live performance from Christian Burkhardt. Their upcoming lineup at Shoreditch’s 93 Feet East is once again rife with underground talent –  definitely one for the music heads. 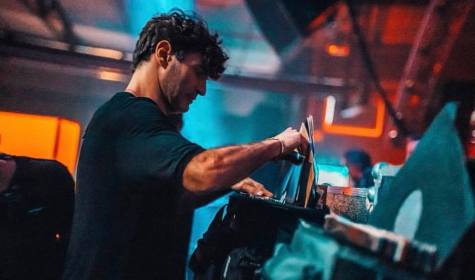 Topping the bill on the night is vinyl selector André Galluzzi, who in his 25 year career has secured residencies at Berghain and Tresor, along with releases on Sven Vath’s Cocoon and Luciano’s Cadenza records. Alongside him brings Iranian born Nima Gorj, who too boasts a lengthy musical career with stints at the world famous Space Ibiza terrace. Nima will be playing a b2b performance with Giorgio Maulini – a DJ/producer known for orchestrating a funk-driven groovy vibe, oozing with Detroit and Chicago house flair. Supporting on the night finds James Dexter b2b with head honcho Davide Decay, Mauro Ferno, Mestivan Max, Lenka Toma and Kego & Albi. 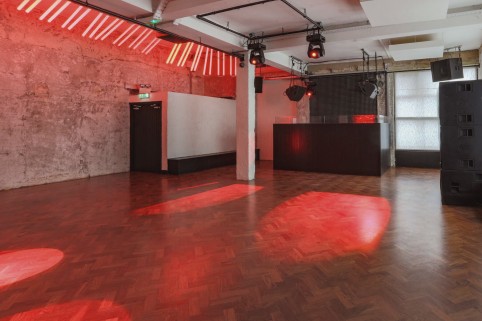 Providing the perfect stripped back canvas for the shenanigans is Brick Lane’s concrete playground; 93 Feet East. Running from 3pm – 1am on March 9th, the recently renovated space offers a raw and gritty scene to compliment Decay’s sound perfectly, along with a thumping d&b soundsystem which will no doubt be put to perfect use.