Since it’s inception back in 1998, Creamfields has grown to become one of the most successful festivals in the world. Beginning as a one day event hosting 25,000 ravers, the festival now attracts over 70,000, stretched across four days of unrivalled electronic music during the August Bank Holiday weekend. The top draw spectacle has had a few homes over the years, with year one being held in Winchester, followed by seven instalments at the Old Liverpool Airport in Speke. In 2006 Creamfields found it’s true abode in Daresbury, where it’s remained since, bringing hundreds of thousands of fans every summer. 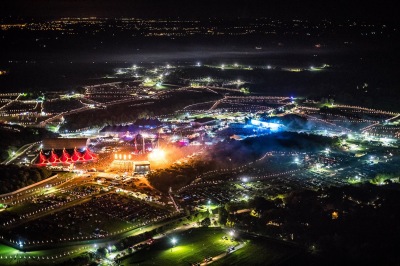 Each year has seen this extravaganza bring bigger and better production, and the world’s leading artists to Daresbury. 2018’s instalment will be no exception; over the course of the 4 days Creamfields will host 30 arenas with jaw-dropping production across the giant festival complex. Curating huge stage partners such as Paradise, Eric Prydz’s PRYDA (with an exclusive UK festival performance of his new 3D show; HOLO), Circus and MK’s famous Area 10 to name a few. Over 300 international artists will be performing across the 30 stages, ranging from house, EDM, trance and techno – there literally is something for everyone. With these huge stage partners brings the industry’s finest DJs. Acts including Adam Beyer, Carl Cox, Skream, Marco Carola, Sven Vath and MK will all be performing across the weekend. Check out the full line up here.

Always looking for new ways to engage their 70,000+ daily travelling ravers, Creamfields have devised three brand new and exciting stages for the year marking their 21st birthday. These three innovative arenas each feature their own unique and ambitious designs. 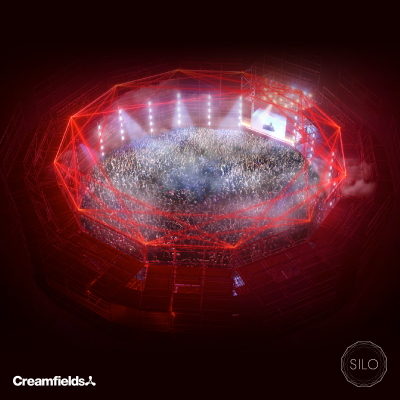 The first of the new stages dubbed SILO is described as “an all around assault on the senses”. The festival’s first 360° experience boasts a stadium like structure, circling around ravers with towering walls providing sound and visuals from every direction. Within the 40ft dance floor space will also feature 140 hybrid strobes and 80 moving lights to blow your mind just that little bit more.

Shortly after the news of SILO, Cream chose to raise the bar even further with it’s second new arena announcement; Generator. Comprised of giant shipping containers acting as the side standing walls, Generator is a perfect example of an underground, industrial style build. With enormous LED screens and an abundance of lasers, strobes and pyrotechnics; this stage is not one to be missed!

The third arena announcement is known as Electric Oasis. A smaller, circular tent nestled within a previous camping spot in the woods (an area never before used as a stage). The newly designated “chill-out spot” boasts comfortable seating, live music, theatrical performances and beauty studios to help rejuvenate campers.

If that wasn’t enough, this year will also mark the festival’s first ever Orchestra performance. The iconic sounds of electronic and classical music will collide at the hands of a 40-piece Kaleidoscope Orchestra. Featuring some of dance music’s biggest tracks, with the mighty Horizon stage as their backdrop.

With all this and plenty more unannounced thrills in store (including three surprise DJ sets), this year’s Creamfields is set to be one to remember.

Seal your place to Creamfields 2018 now.